What is a VFD (Variable Frequency Drive) and where is it used?

How does a VFD (Variable Frequency Drive) work?

A VFD (Variable Frequency Drive) converts input AC power to adjustable frequency and voltage source for controlling speed of the AC induction or PM motor. The frequency of the power applied to an AC motor determines the motor speed, based on the following:

The following block diagram applies to the VFD 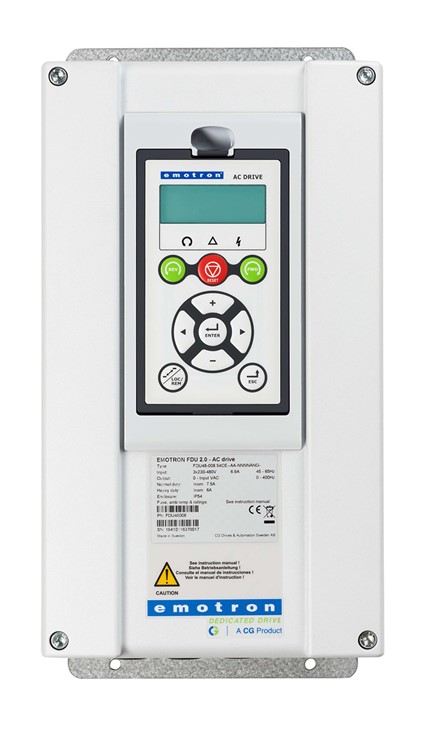 Working principle of the VFD

AC voltage is transformed into DC voltage. This DC voltage is sent out in pulses, both positively and negatively and generates a sinusoidal-like motor current. The frequency of this “sine wave” can be adjusted by varying the alternating positive and negative DC voltages per time unit. It is possible to control the height of the output voltage with the width of the pulsating DC voltage. 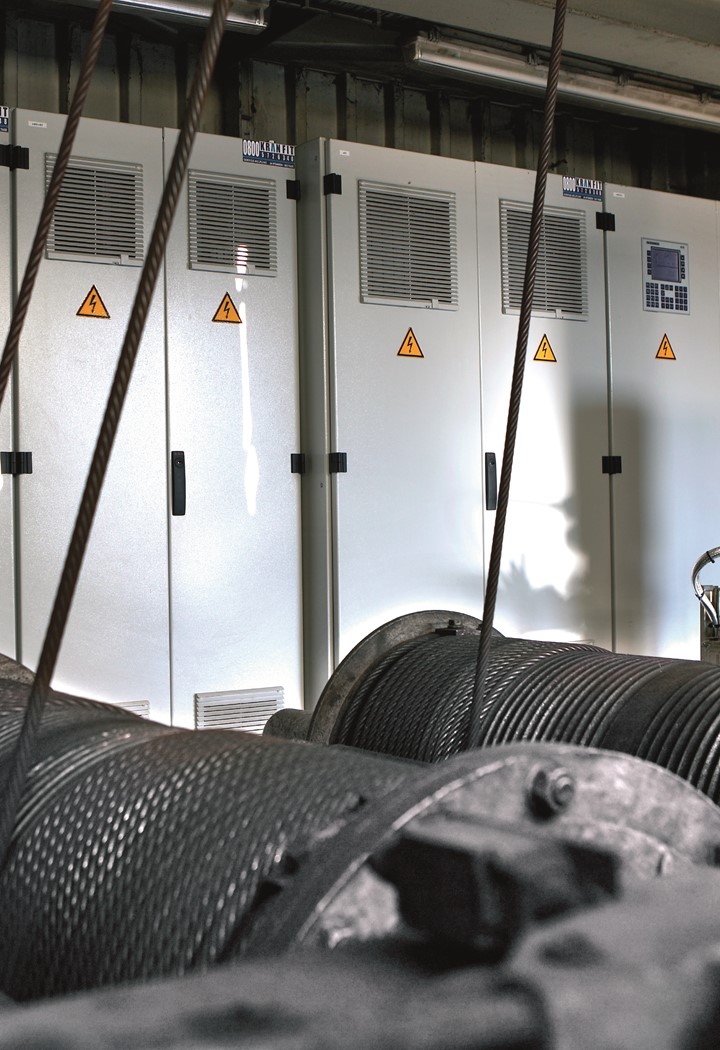 The VFD then transforms DC voltage into an AC voltage. The VFD can be represented as six “switches”. Each switch interrupts the DC current during some time, thus allowing the generation of a voltage approaching the sinusoidal.

The voltage wave form of DC voltage controlled by a VFD.

This voltage then generates current in the motor.

There are two types of Emotron VFDs, the FDU and the VFX. These type of VFDs use different motor control algorithms.

The Emotron FDU uses a V/Hz type of control algorithm with a PWM (Pulse Width Modulation) type of modulator. This is suitable for variable torque type of applications like many pumps and fans.

The Emotron VFX uses a motor control algorithm called Direct Torque Control, which gives the highest level of control accuracy from standstill to field weakening speed range. VFX is able to measure, make calculations and change output voltage every 25 us when required, making it ideal also for demanding constant torque applications such as crane hoists, crushers, winders and conveyors.

Emotron VFDs also contain the unique Emotron load monitoring technology. This observes the shaft load torque of the motor driving the process or machine. The result is a correct and linear motor load value across the entire speed range. Any deviation from the set load levels will immediately cause the monitor to initiate a warning or stop the machine. In the VFD there are load monitor choices for constant load or variable load torque, detecting deviations across the entire speed range. 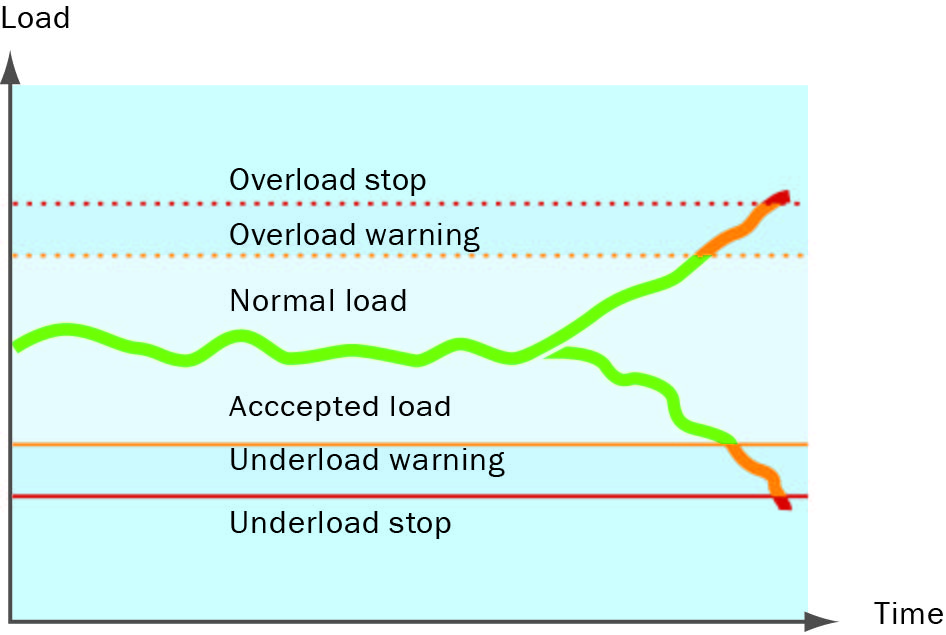 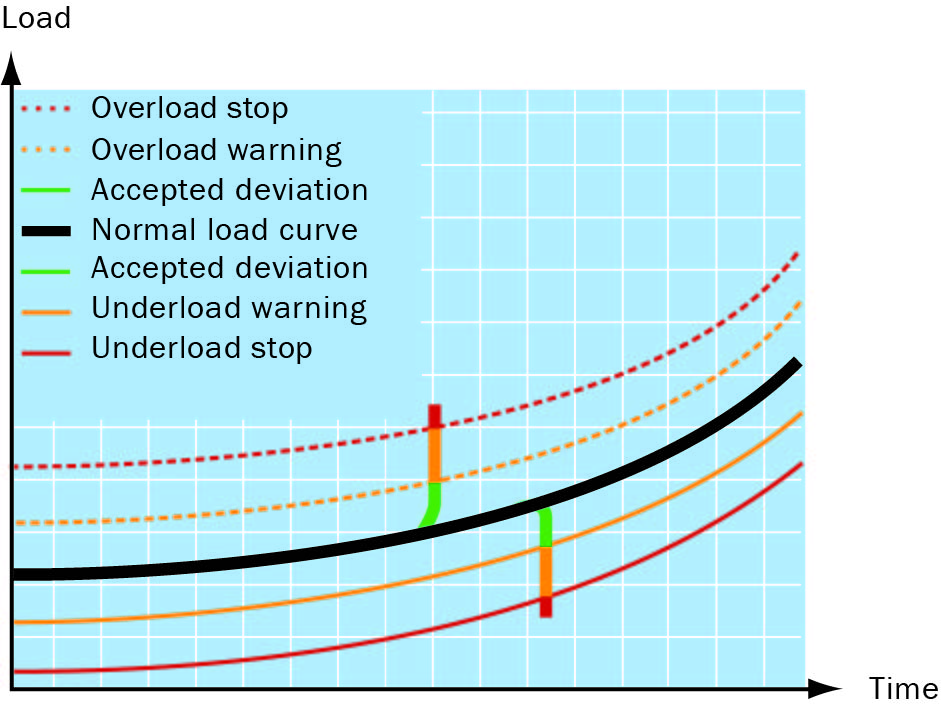 Where can I use a VFD?

VFDs are used in applications where it is important to save energy and where complete speed control of the motor is required. There are numerous applications, where the following are most common;

VFD for pumps and compressors

Pumps and compressors are typically used to produce a certain variable pressure or flow in the system. Historically this has been achieved by running the motor full speed and controlling pressure or flow with a valve. Adding a VFD provides great energy saving by instead smoothly (avoiding surges and water hammering) ramping the motor speed merely to the required level to produce the requested pump pressure or flow. The Emotron VFD Load monitor function provides detection of harmful pump process behavior such as dry running, leaking/blocked pipes and cavitation.

VFD for fans and blowers

Fans and blowers are energy consuming and running them with a VFD at optimal speed can lead to considerable energy efficiency gains. A gentle start will reduce the power demand as there is no inrush current. Fans with belt drives also face a potential risk of slipping due to a jerky start. The overall equipment wear is reduced with a VFD and the built-in internal load monitor in the Emotron VFD will notice if a filter is blocked and the VFD will warn or stop the fan before further damage is made.

A VFD handles the frequent and critical starts and stops of cranes, lifts or conveyor belts. Starting a heavily loaded crane hoist without jerky movements can be critical. The Emotron VFD gives an instant, yet soft start by ensuring the pre-magnetized motor has enough power to deliver the torque needed to start the movement at the very moment the mechanical brake is released. Furthermore the Emotron VFD provides possibility for a hoist load memory, eliminating any load drop at start.

Emotron VFDs have many smart functions for efficient operation when handling loads and braking with loads. The brake chopper or AFE (Active Front End) technology in the Emotron VFD ensures rapid but soft braking of a loaded crane.

The VFD can help you run a crusher, mixer or mill at optimal operation speed. A crusher or a mill loaded with material can be difficult to start. This is dealt with efficiently by Emotron VFX boosting the torque to overcome initial peak loads. In addition, for applications such as crushers, mixers or mills where jamming might become an issue, a VFD can be particularly beneficial. For example, the VFD will detect and warn if a mixer running with a broken blade. A mill can automatically be reversed at overload. The built-in monitor will give a constant load indication. Integrated vector braking ensures the quick and secure stop of a mill. The Emotron VFD can maintain the speed to changes in load or material for a crusher, with the help of the Direct Torque Control technology. The overall result is trouble-free operation and reduced equipment wear.

VFDs are used for many marine applications, such as, propulsion, shaft power generation, thrusters and onshore power supply. The advanced AFE-technology in Emotron’s VFD makes it possible to harness shaft power and re-use it effortlessly for other operations on board a ship. LCL-filters in Emotron VFDs guarantee optimum low harmonic content ideal for marine applications. A VFD can make it possible for ships at berth to use shore power by converting the voltage level and frequency (50/60Hz) of the supply.

VFD for hybridization and battery backups

A VFD is in systems with batteries as energy source e.g. hybrid systems. With the Emotron AFE & DCU VFD, it is possible to optimize energy by connecting different power sources, such as generators and batteries regardless of power and voltage levels.

Why should I use a VFD from Emotron?

A VFD from Emotron contains additional technology that allows you to further reduce your energy consumption, improve productivity and reduce the maintenance of your critical operations. The modular build makes the Emotron VFD flexible, cost efficient and service friendly.

The Emotron VFX contains Direct Torque Control, reacting quickly to peak loads, abrupt load changes or inaccurately set ramp times. This is invaluable in e.g. crane control where frequent and critical starts and stops demand instant high torque or in crusher applications where speed quickly needs to be adjusted to the type or size of material.

The Emotron AFE with Active Front End technology gives extremely low harmonic distortions, greatly reduced power losses and improved reliability. AFE regenerative drives save energy in, for example, crane operation, by feeding the braking energy back to the mains instead of dissipating it via brake resistors.

All Emotron FDU/VFX VFDs also contains a load monitor, which warns if it detects a deviation from set load levels, signaling or even stopping any equipment experiencing trouble. This gives you automatic protection against dry running, a blocked pump or broken belt.

The electrical and physical robustness of the Emotron VFD makes it reliable in extreme conditions. With customized functionality, built-in programming blocks and versatile support for PLC control the Emotron VFD can be used on its own or seamlessly integrated in a surrounding system.